This is What Austin Sounds Like to Me, Part II or “Un gaou à Austin”

It is now spring, getting on towards the end of it anyway, and this is one of my favorite times of the year in Austin.  I can drive with the windows down, music semi-blasting (I’m not young anymore, I’ve got to take care of these aural devices.) The sun is starting to set later and later, which brings le coucher de soleil closer to the moments when I meet friends for drinks or dinner, or, on rare occasions, begin a night of bacchanalian revelry with those friends that are better labeled bad influences.

Magic System is from Côte d'Ivoire (Ivory Coast) and their music is called Zouglou.

There was a stint when I lived in NW Austin, around the Four Points area.  Sometimes too far from my preferred haunts in and near downtown, Magic System made that journey much more tolerable.

Take the drive on 2222 from 620 into town.  Do it as the sun sets, or just as the lights of night start to outshine said gaseous giant as it heads to bed.  Lower your windows, and crank up a little “On va samizé.”

Let the opening notes blow past your ears and the wind blow through your smartly coiffed hair as you descend Tumbleweed hill, foot covering the brake pedal so as not to achieve enough velocity to attempt low-earth orbit or earn some sort of traffic citation.  Cross under 360, pass County Line BBQ and the music, already getting you in the mood to dance, rhythms you in and out of every turn and switch-back on the descent to Mopac.  Go ahead, play it twice, get yourself to Loop 1 to head south for downtown.

Now, having followed Mopac south, take the exit to go au centre-ville, and after you curve to the left, do a little down-and-up shift in the road, then back to the right (just like you’re dancing, man), level out onto 5th and keep Magic System as your copilot.  Switch to their song “Premier Gaou.” Nothing beats it as you patrol the streets, hunting for errant parking spots that are, if you’re lucky, only a few blocks from your destination.  The music keeps your hips primed for dipping in any concert venue, and calms the savageness of parking rage as you hunt.  Long after you’ve paralleled your way between an obnoxiously stationed Hummer and the Car2Go Smart that it dwarfs, despite their separation, you’ll be singing to yourself as you walk downtown

Now that you know the route, give your Sunday drive a Zouglou kick!

Even at SXSW, caped polyglots can swoop in at a moment’s notice…

It appears that the city of Austin has survived yet another edition of the South by Southwest film and music festival.  For the residents of our fair city (apologies to Click and Clack), SXSW is usually tackled with either of two strategies:  one) you embrace one or both weeks of the schedule and avail yourself of the “We never stop serving” audio and visual buffet, gorging on as much as your ears and eyes can manage; or two) you resign yourself to a mini-hibernation, avoiding the clustering crowds, time-devouring traffic and cacophonous chaos, fleeing like Arthur and his noble, questing knights from the Killer Rabbit of Caerbannog, with your own rousing chorus of “Run away! Run away!”

An added bonus of Southby is the sheer amount of entertainment available to the polyglots of central Texas, to the residents and visitors from afar that call Austin home or pit stop.  Films from the world over, music from every corner of the globe (a strange expression to be sure, given the inherent roundness of said globe), and in enough languages to make Austin even more international than it already is.

Our adventure begins with two intrepid heroes–a Francophone whose obsession with music is probably only exceeded by his taste for wine and love of literature (played here by your humble servant, etc. etc), and a friend and Freestyle Spanish instructor, Jennifer, with her own penchant for the magical realism of literature (fancy a cup of Garcia Marquez?) and passion for the language of Cervantes that has taken her to Spain and Costa Rica. 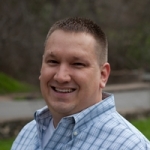 Their experiences during this magical, yet real, festival couldn’t have been more different.

Jennifer fell into the second camp, the Monty Python-esque denizen of Austin who longed to avoid the “nasty, big, pointy teeth” of SXSW.  One night during the festivities, curled up with what I am led to understand was a mighty smooth bottle of Cacique and a some sort of crochet project in hand, she was, as she put it, “coerced out of hibernation.”  The means of coercion are no secret, and I remember her specifically saying “luckily coerced.”  Her roommate Jacob had met the performer in a bike marathon about a year ago, and had never seen her perform.  It only took a little bit of convincing (though I’m not sure if the carrot was financial, fun or a government mandate), and he convinced Jennifer to hop on a bike and pedal to the venue, in typical Austin fashion.  Apparently, participation in bike marathons gives you mad dope bike skills, so Jennifer’s pedaling was wind-like, a hustle to keep up. Jacob, next time give the girl a break!

Off she went to see a show.

As for myself, I usually pitch my tent in the KOA of festival embracing.  If I had the money, and could afford the time off, I would, every year, brave the riot-proportion crowds and obnoxious, steroid-enhanced Austin traffic to see as many films and concerts as my little brain and body could handle. (Yes, there would be bathroom and food breaks, but I’m given to understand one can live off food from a drive-through window or street cart for weeks before any real health risks kick in.  Most movie theatres and concert venues have restrooms, so that would be settled, and Axe commercials have convinced me of the efficacy of their products.  Women, commence flocking!) I had decided on one show in particular to see, weeks in advance.

Jennifer went, (coerced, wink wink nudge nudge) to see an artist new to her, Gina Chavez, a singer-songwriter based here in Austin, whose music shifts between English, Spanish and bilingual iterations.  As if that wasn’t enough internationalness (hooray for neologisms!), Ms. Chavez is also Austin’s music ambassador to its sister city in Japan, Oita.  To hear Jennifer describe her, “Her voice has that deep ethereal swagger that makes one want to sing along and is backed by Latin beats that make it impossible not to move.”  The venue was packed, with no room for the dancing often inspired by Gina’s jams, like “Embrujo,” so the crowd was relegated to clapping and grooving to the music on stage.  Lest you think the audience simply stayed a passive observer, Gina had everyone singing along to “El Sombrero Azul,” a cover song by Ali Primera, written for Salvadorans as a song of lucha [struggle] during the civil war.

As for my show, I went to see Baloji, an emcee originally from the Congo, now living in Belgium.  I’ve been listening to his music for several years now, and the concert did not disappoint.  The crowd was electric.  But the French take-away from the night sprouted from a much more benign incident.  My friend Jaclyn, during one of the sets, met a guy from Africa who had a band of his own.  Then, she told me about him and his group.  He sounded cool, so a quarter of an hour later, crossing him in a doorway, I introduced myself, invoking my friend as our one degree of separation.  After I asked him from where he comes in Africa (“The Ivory coast!”) he told me briefly about his group, Aciable. (From their site, aciable:  pronunciation: ah see ah blay  (language: Bahoulee, an ethnic group of Ivory Coast in  Africa.)  meaning 1. Joy and dance.  2. African-inspired dance band based in Austin, Texas.). I was intrigued, but the brief conversation stopped there.

Just a few (ten? fifteen?) minutes later, I found myself in the men’s room, dutifully staring down the wall from my strategic positioning in front of the urinal.  In the corner of my eye, the door opened, and in steps the Ivoirian–strange that I asked the name of his band, but not his.  As luck would have it, he sidled up to the urinal next to mine.  To heck with time-honored protocol in the men’s room, I will speak again to this man! In French! “La Côte d’Ivoire, hein?” [the Ivory Coast, huh?] The slightly higher pitch of surprise in his voice, “Vous parlez le français alors?” [So you speak French?] My response, as ever in these situations, is, “Bien sûr!” [Of course!]  The conversation continues as we exit les toilettes, and I learn that Aciable is, in fact, an Austin-based band, much like Gina Chavez.  I verify the name of the band (whose site I later find on the googlenets), hand him my card, and tell him I look forward to seeing him again.  In French, of course.  Jean-Claude, if you’re reading this, on se verra bientôt!

Jennifer, on the other hand, was fortunate enough, after the set, to eventually talk to Gina, the Spanish flying off her tongue like Mexican fruit bats taking flight. Their conversation lasted longer than mine, substantive, packed full of vowels and minerals, sprinkled with idioms.  Gina remembered Jacob from the bike marathon (ah the benefits of exercise!), yet Jacob seemed surprised that Gina remembered him and, as if starting a surprise loop,  she seemed surprised that he was surprised by that. And that’s not surprising.  She talked to Jennifer and Jacob about being the music ambassador and how it’s going to be a continual post, with the current ambassador taking the new one to Japan for introductions, passing the mic, so to speak, from one to the next. She was incredibly sweet and wanted a picture of Jacob and Jennifer with her. In a subsequent email after the encounter, Jennifer learned that Gina recently performed a benefit concert for her El Salvador college fund and plans a summer Boat Fiesta to continue to raise money for the cause. It seems that whatever the  Holy Hand Grenade of Antioch was that convinced Jennifer to come a’questing during SXSW led her to the Musical Grail that is Gina Chavez. She told me, “I feel fortunate to have met Gina, and it’s wonderful to know a talented artist with such a kind heart.”  She’s definitely a fan now, and she’s hoping to convert you, too.  Here, just see for yourself.  A tune by Gina Chavez via Jennifer’s introduction:

“If you’re just starting out learning Spanish or don’t speak a bit of it, try listening to “Miles de Millas,” a bilingual tune that will amaze you no matter what language you speak!”

Though Jennifer may have had the more glamorous night, I am no less excited about my toilet talk.  Whichever way it happened, it’s just further proof that anywhere, anytime, the super powers of multilingualism can swoop in to carry the day.

A Great deal of thanks and credit goes to Jennifer, without whose story I would not have been able to write this post! Merci mille fois! Muchas gracias!

All written content on this blog is produced and owned by Freestyle Language Center.

Error: Twitter did not respond. Please wait a few minutes and refresh this page.